For the HMAS Sydney Memorial Weekend 2021 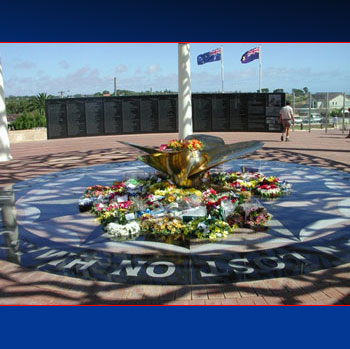 A fitting picnic style Memorial Concert featuring Aussie favourites, Johnny Young and the Strangers, The Troupadores and more, they will get your foot tapping with  songs from the 50’s ,60’s and 70’s

This is a free concert and will start at 3.30pm and conclude at 8.30pm 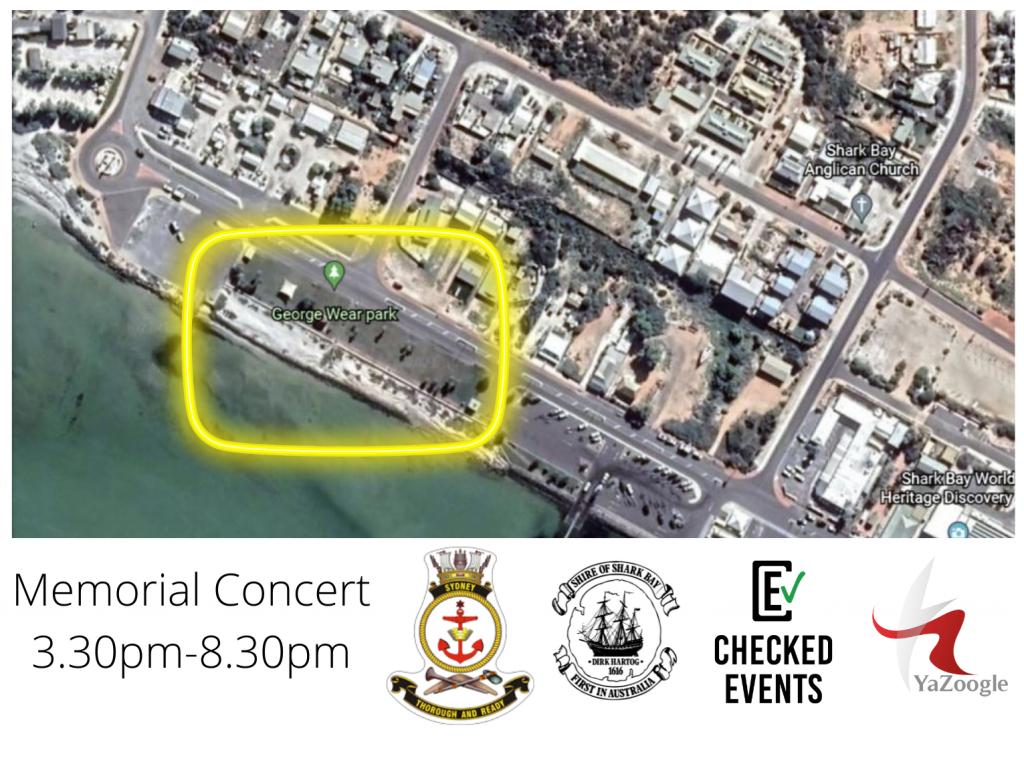 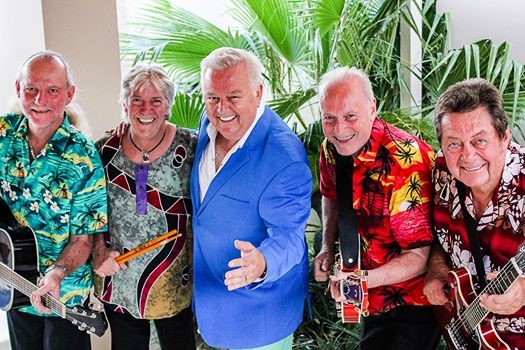 Jonny Young and the Strangers

A Memorial March that is honouring all our past and present serving Officers at this milestone anniversary.

The RAN Reserve Band, WA will lead the Memorial March and everyone is invited to be part of this special march honouring the fallen 645 men.

7.30 – 8.10am Gather at the north end of jetty car park
8.10am Marchers form up
8.15am Step off
8.15 – 8.25am Memorial March
From car park to Shark Bay Heritage
and Discovery Centre, HMAS Sydney II Memorial
8.30am Stand down and form up for Memorial Service 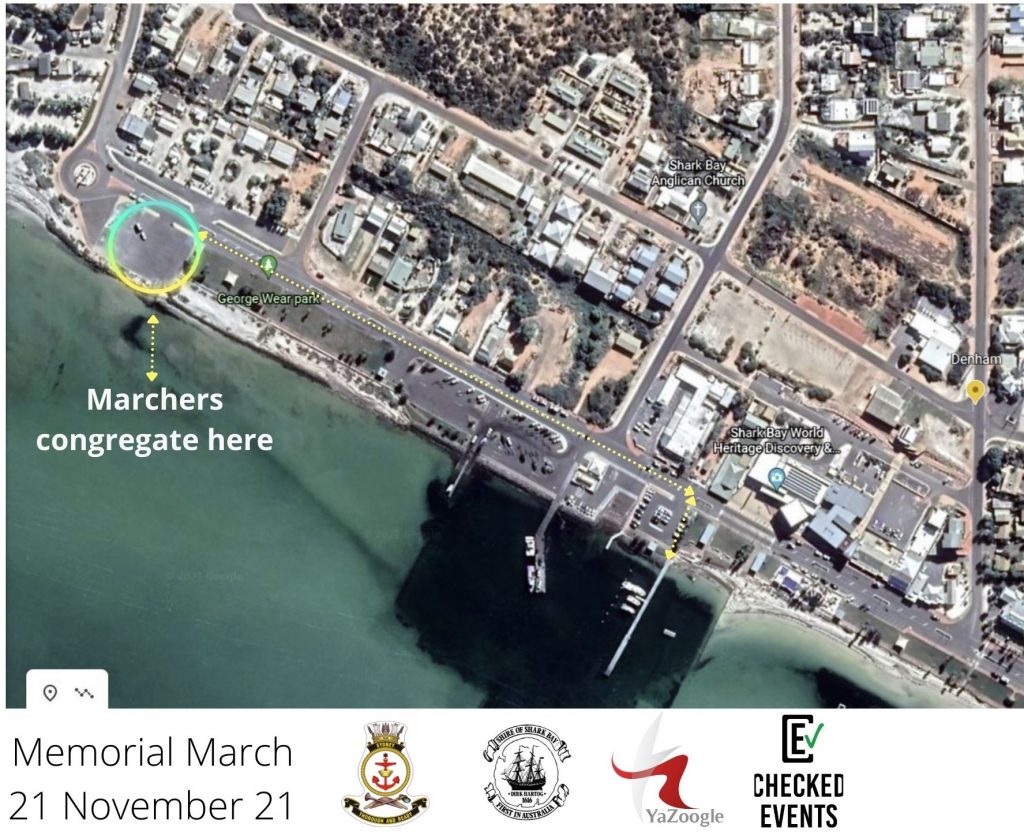 Please bring a chair for the Memorial Service. 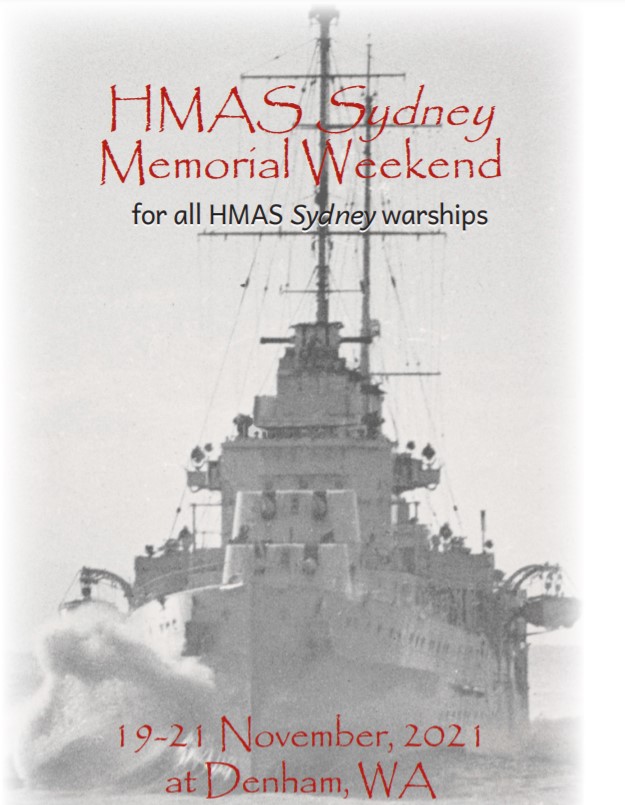 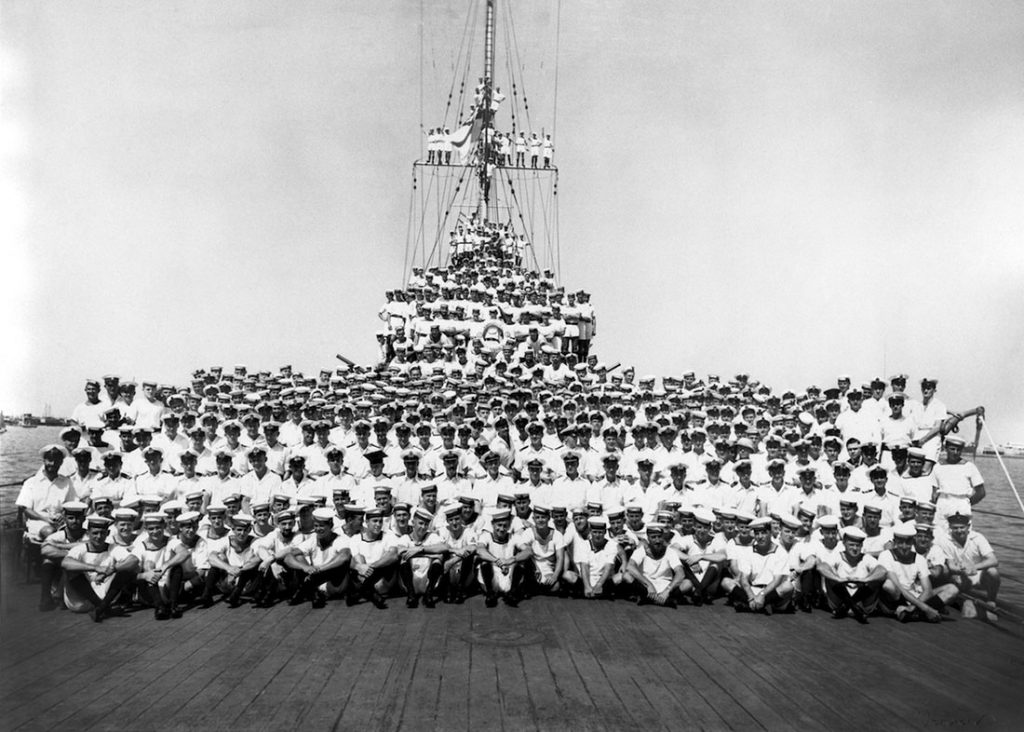 A message from the Memorial Designers, Joan Walsh-Smith & Charles Smith.

The design for our concept in Denham was inspired by our experience at the commemoration ceremony for the finding of the Sydney during the 19th of November 2008 event in Geraldton.

We were captivated by the incredible outpouring of community spirit on this occasion, particularly the coming together of all members of the HMAS Sydney ‘family’ from all over Australia as well as the general public, at this commemoration.

We drew upon one particular event as the genesis of our concept for the Shark Bay Memorial. That was the experience of the families of the lost Sydney crew, who journeyed out to the wreck site and performed an extremely moving ceremony at sea. This involved casting poppies into the ocean and watch, as they sank slowly down through 5 kilometers of water, to find the resting place of their loved ones, far below. This vision became the birth of our concept for Denham, which provided also a very strong spiritual link with the Geraldton Memorial, the wreck site itself and Shark Bay. This was particularly powerful and emotionally evocative, as the relatives sailed to the wreck site from Geraldton and we were amongst those on shore when they returned, realising we were most privileged to be there, to gather their experiences at first hand.

As such we see these two memorials that we designed as being members of the great’ HMAS Sydney family’, connecting these two particular communities, as well as the greater community of Australia, spiritually and physically, to the symbolism involved in the images we have created for Denham: ethereally floating poppies sinking down through the sea, to mingle with the actual names of those lost so tragically. The 645 names seem to drift in the water, superimposed on the shadowy outline of the HMAS Sydney ship itself seen not as wreck but in all her former glory.

On a more practical level it wasour intention to include a graphic physical link with the Shark Bay Memorial, within our 5th element commemoration feature at the Memorial in Geraldton.  The ‘Fifth Element’ is based on a pool of remembrance and focuses particularly on the map and the exact location where the Sydney was found off Steep Point in Shark Bay.  The floor of the pool of remembrance on Mt, Scott consists of a granite map of the West Australian Coast, featuring Geraldton, the site of the wreck and Shark Bay, all engraved into the granite.  See images attached. The wing tip of a single Silver Gull, touching the water, marks the actual geodesic location of latitude/longitude, which is also engraved into the granite. The Stainless Steel Gull sculpture will stand over 2 meters high and is an exact replica of the gulls forming the “Dome of Souls’ behind.

This forms a powerful triangle which, taken as a whole, becomes a special map, encouraging a way- finding process that would bring communities together in their common quest to commemorate and remember Australia’s greatest single tragedy in WW II and by that process to form a permanent link which would reach out into the greater community as well.  In this way we see the whole Sydney experience as being an important bonding element in our society today which has experienced so much fragmentation in modern times, On all levels, every family can understand and share the experience of bereavement and grief, symbolised so powerfully by the loss of so many in a few hours on this tragic evening, in 1941 in the Indian Ocean.

A recent development has been the inclusion of the wreck site, Steep Point and Geraldton in the itineraries of Cruise Ships. This now includes lectures about the Sydney tragedy on board, a sweep past Steep Point then out to the wreck site where a solemn ceremony of remembrance is performed, then back to Geraldton where over 1000 passengers disembark to visit the Memorial on Mt. Scott. A further example of how communities are brought together through the Icons of sacred spaces and shared memory.

Ultimately, the waters that encase HMAS Sydney and her crew lap up onto the shores of Geraldton, Steep Point and Denham, reminding us all that ‘the sea, is indeed, everywhere.‘ 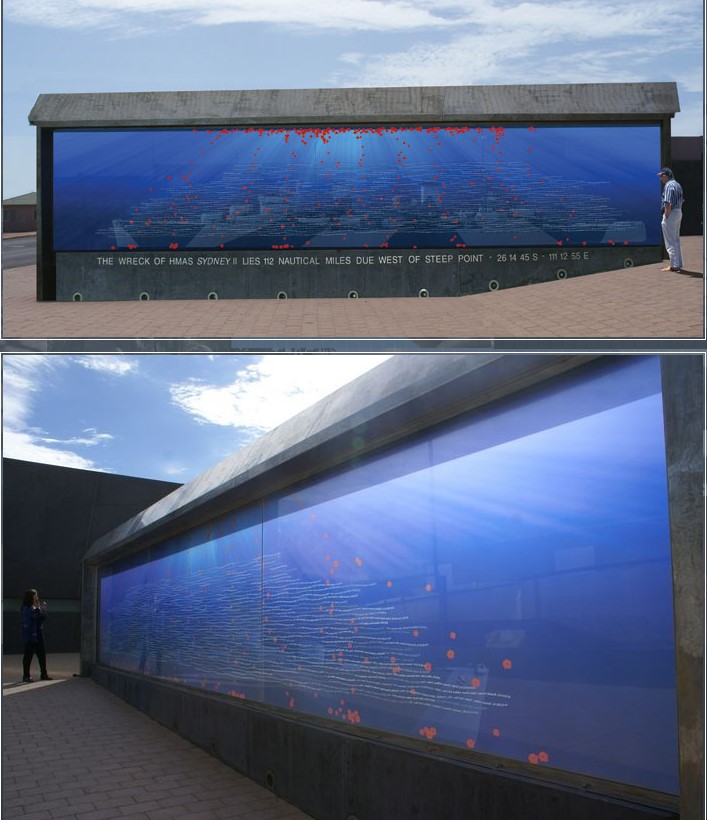 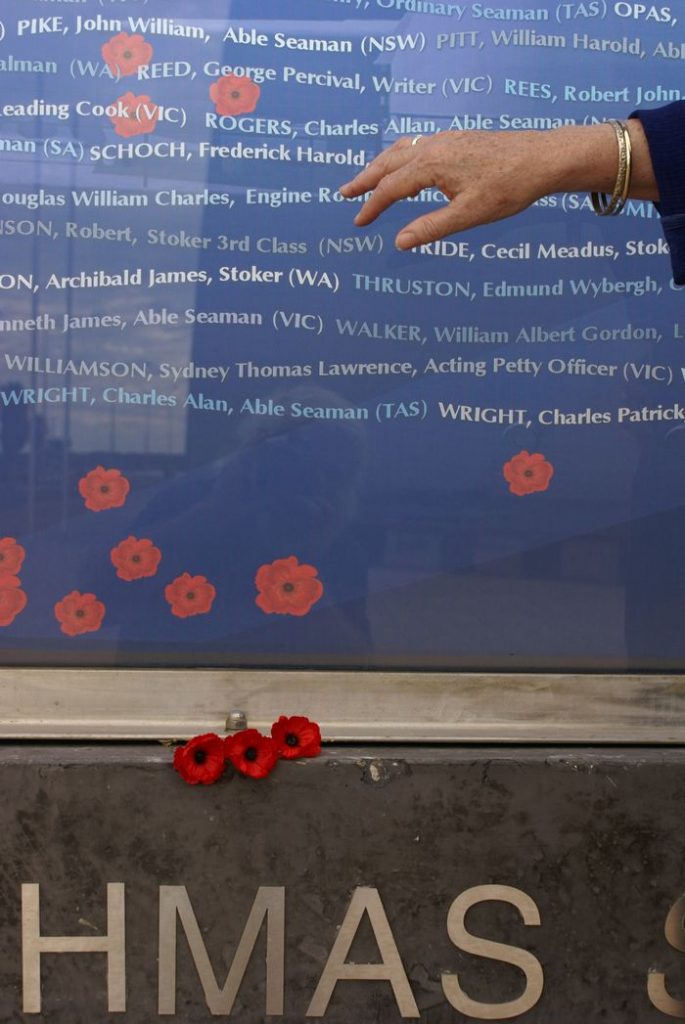 Visit the Fire on the Water 3D Film and Exhibition

The 15 minute 3D film and accompanying exhibit tells the story of the battle between HMAS Sydney II and HSK Kormoran, tracing the events of this World War II Naval battle 200 kilometres off the coast of Shark Bay.

Astonishing deep-sea 3D imagery from the 2015 expeditions to the wreck sites, under taken by WA Museum, Curtin University and DOF Subsea have been used to create an interpretative timeline of the battle and to offer insights into what happened when the ships met off Shark Bay in 1941

The exhibit is permanent, free and screens every half hour during opening hours.

Fire on the Water Exhibition 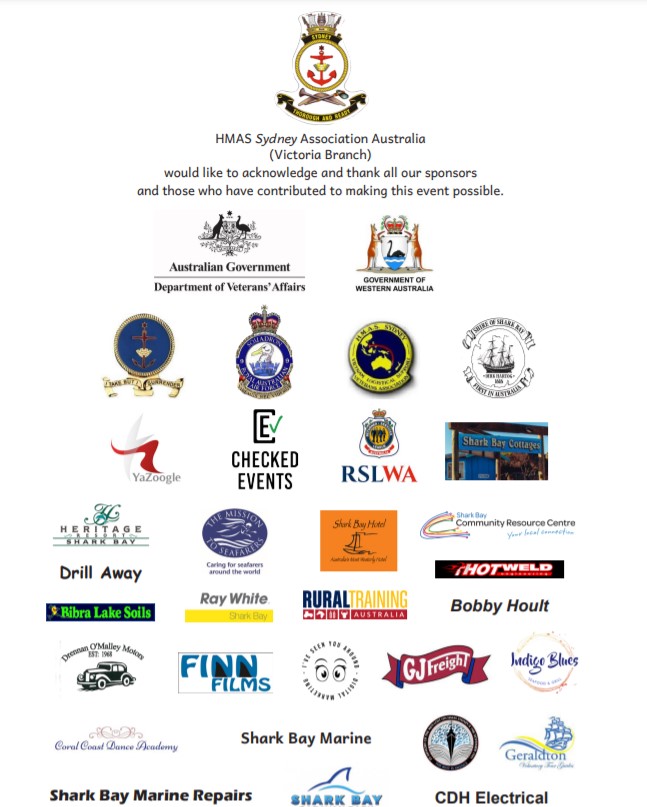